In a blog post, Google presented the future design of Gmail. The latter uses the codes used by Outlook, in particular seeking to better integrate all the applications and functionalities of Workspace. The new interface will be deployed in beta in the coming days and globally from the second quarter of 2022.

Update after update, Google improves Workspace to make it a must-have tool for professionals. Above all, this requires a clear and intuitive design , allowing both to save time while displaying key information directly. Last June, the Cupertino company therefore reworked the interface of its service , now accessible free of charge to all Gmail users.

Barely 6 months later, it is back with yet another new design. From February 8, the mailbox will be dressed in a brand new appearance aimed at integrating Google Chat, Meet and Spaces more smoothly . To do this, the publisher was visibly inspired by Microsoft’s work on Outlook, in particular by having new tabs on the left of the screen.

GOOGLE PRESENTS THE NEW DESIGN OF GMAIL AND WORKSPACE

In this way, Google removes pop-up windows for direct messages and gives them a dedicated space occupying the entire screen. The buttons, meanwhile, take up the Material You design inspired by Android 12, which already appeared on the box last September . The idea is once again to better integrate all the tools. After the recent addition of filters , the firm is again improving the search bar, the results of which will also take into account those of chats , similar to what was done with Hangouts. 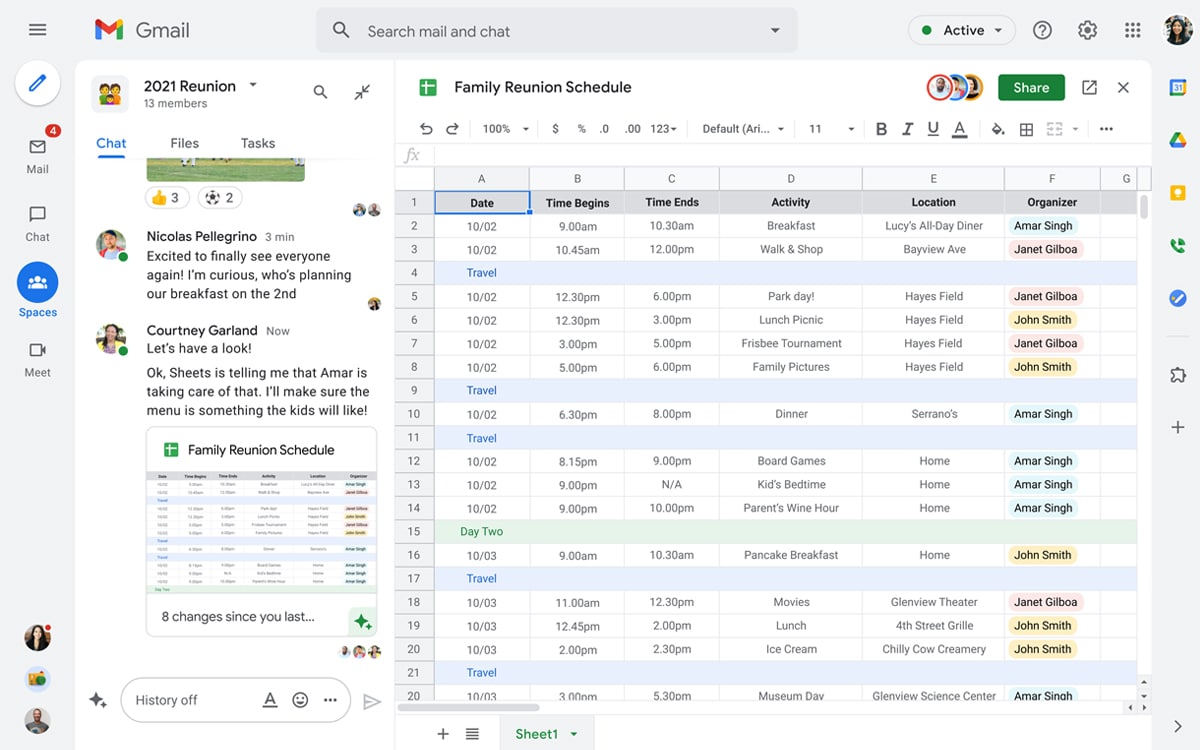 As you can see in the screenshot above, documents from the Workpace suite will be able to open in the same window , allowing you to keep an eye on the ongoing conversation and add a message to it. This interface will be available in beta from February 8. All users will be able to enjoy it in April, with the option to roll back until the end of Q2 2022 . Beyond this date, the design will be imposed definitively.

No comments to show.

How do I know if I have depression?

Feb 6, 2022 vmira author
We use cookies on our website to give you the most relevant experience by remembering your preferences and repeat visits. By clicking “Accept All”, you consent to the use of ALL the cookies. However, you may visit "Cookie Settings" to provide a controlled consent.
Cookie SettingsAccept All
Manage consent

This website uses cookies to improve your experience while you navigate through the website. Out of these, the cookies that are categorized as necessary are stored on your browser as they are essential for the working of basic functionalities of the website. We also use third-party cookies that help us analyze and understand how you use this website. These cookies will be stored in your browser only with your consent. You also have the option to opt-out of these cookies. But opting out of some of these cookies may affect your browsing experience.
Necessary Always Enabled
Necessary cookies are absolutely essential for the website to function properly. These cookies ensure basic functionalities and security features of the website, anonymously.
Functional
Functional cookies help to perform certain functionalities like sharing the content of the website on social media platforms, collect feedbacks, and other third-party features.
Performance
Performance cookies are used to understand and analyze the key performance indexes of the website which helps in delivering a better user experience for the visitors.
Analytics
Analytical cookies are used to understand how visitors interact with the website. These cookies help provide information on metrics the number of visitors, bounce rate, traffic source, etc.
Advertisement
Advertisement cookies are used to provide visitors with relevant ads and marketing campaigns. These cookies track visitors across websites and collect information to provide customized ads.
Others
Other uncategorized cookies are those that are being analyzed and have not been classified into a category as yet.
SAVE & ACCEPT